October 31st is Halloween. All Hallows Eve, Allhalloween, All Saint's Day or All Hallow's Eve; whatever you call it, the holiday typically brings to mind a a pretty similar image for most everyone. Candy, spooky costumes, carved pumpkins, tricks, treats and more candy! Halloween is one of the most popular holidays of the year, not to mention one of the most fun. Even if you're a big fan of the holiday, here are a few facts you might not know. The Carved Pumpkin is an American Tradition

The art of carving a funny or spooky face on a pumpkin and sticking a candle inside is one of the most iconic images of Halloween, but the Jack-O-Lantern didn't begin as a pumpkin. It's original form, and the form still seen regularly outside the United States, was a turnip! The lack of turnips and abundance of pumpkins in the early years of the United States led colonists and immigrants to begin carving the much softer and easier to hallow gourd, giving us the big orange grins we love today. Almost All Halloween Food is Vegetarian

It may not even cross you mind, but almost every treat and dish served on Halloween is vegetarian. Caramel apples, caramel corn, roasted pumpkin seeds and sweet corn, popcorn, cakes, candy, and pies are all common sites around Halloween. The different treats aren't just meatless because they tend to be so sweet either. On All Hallow's Eve, many of the Western Christian denominations have encouraged abstinence from meats, which eventually led to the choices that were served on the holiday and that stick around today. Halloween is a Christian Holiday

The History of Halloween is long, and filled with rumors aabout its origins, just like most holidays. Some believe it began as Samhain (Pronounce Sa-win) which was was a festival on the gaelic calender that marked the end of harvest and festival in honor of the dead. Others believe, however, it is a strictly Christian holiday. Halloween begins the three-day observance of Allhallowtide, the three day period in the liturgical year (also known as the church year) dedicated to remembering the dead, including the saints, martyrs, and faithful. Samhain, or Summer's End, is a harvest festival honoring the departed and the end of the gaelic year. As was common with many early christian holidays, the church placed their holiday on the same date as a similar pagan holiday. Some believe it was a peaceful form of conversion to bring new people in to Christianity while others believe it was done to be more inclusive to the newer converts.

Trick-or-Treating owes its revival in the late 50's to children's TV programs and comics of the time, such as Peanuts, but its origins are another story. “Guising” and “Souling” are both thought to be connected to one another, and the origin of the modern trick-or-treat. “Guising” was an Irish and Scottish tradition, involving children going door to door in costume offering to sing or dance for food and coins. “Souling” On the other hand involved groups of costumed people, similar to christmas carolers, going parish to parish asking to sing and pray for the departed in exchange for soul cakes.

However you choose to celebrate Halloween, stay safe and have fun!

Where do ghosts go on vacation? 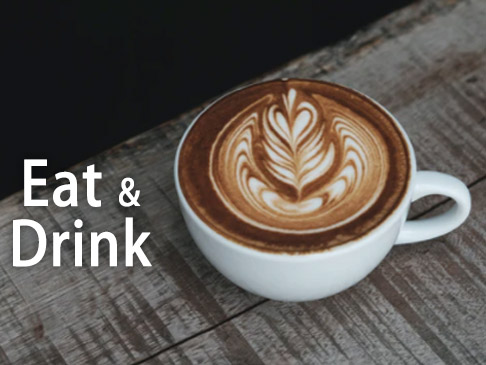 Disclaimer: Information and interactive calculators are made available to you as self-help tools for your independent use and are not intended to provide investment advice. We cannot and do not guarantee their applicability or accuracy in regards to your individual circumstances. All examples are hypothetical and are for illustrative purposes. We encourage you to seek personalized advice from qualified professionals regarding all personal finance issues.